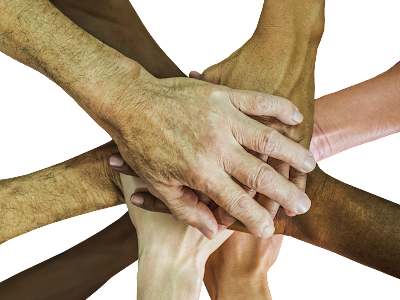 My position in the misfortune and sorrow situation happening to humanity:

On the well-known social media platforms, I was initially contradicted because of that position. Great conversations about the content. However, that developed into name calling and then even threats, exclusion and ostracism by people I thought were friends. That hurts. Especially in the beginning. Still, to my surprise, I got used to it over time. Although the fact that you get used to it, in itself, I don’t get used to.

After that period a new phase arose, namely that of "Ignoring". So! That really hurts and doesn't go away. Just don't say anything more, don't comment on anything, or respond to anything. That feels as if one would think: “Let him talk. Don't take him to serious. It will pass again. He has always been a hassle." Et cetera.

I soon realized that this is of course not about me, but about a group that has a monopoly on the truth and about the dissidents who are all lumped together. But along with me there is a huge group of dissidents who are not extreme, who don’t believe in conspiracies and who also do not deny the seriousness of the virus etc. etc. That is the group of moderates who want to be heard, but who are opposed in every imaginable layer of authority and influence.

I still get support from the group of dissidents, they don't ignore me. But it is mostly limited to grumbling and bidding against each other about who is the most angry, sad, or frustrated. I used to do that too, but I stopped. I'm taking a different course. I don't want to belong to any particular group of people, I belong to humanity.

Let us not allow ourselves to be further divided by ignorance and loss of control. We all claim to know who is, or are responsible for that. But the only ones really responsible for it are you and me and everyone we know. We have all gotten into this misfortune and sorrow, let's all get out of it together.

Do not ignore me? Touch me and meet me. Unite and conquer!

Email ThisBlogThis!Share to TwitterShare to FacebookShare to Pinterest
Topic: Columns